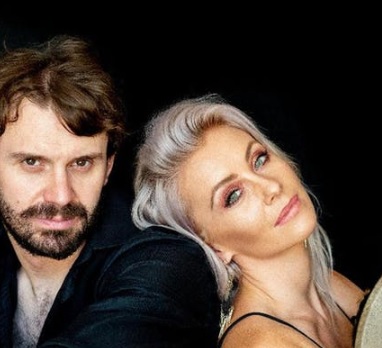 Originally from England and Ireland, Ben Jones and Andrea Magee came to the USA 4 years ago like their ancestors before them, looking for a new life and to share their music far and wide. With just a guitar, a Bodhran and a hunger in their harmonies and songs, Austin, Texas became their adopted home and they have developed an ever-growing fan base gigging regularly while writing prolifically. The band’s CD sales are higher than any other support act we’ve had at our label in years and they just recorded three brand new songs with legendary producer Paul Leary (Sublime, Slightly Stoopid, Ballyhoo!, Meat Puppets, Butthole Surfers), which includes a great rendition of Thunderclap Neman’s, Something In The Air.