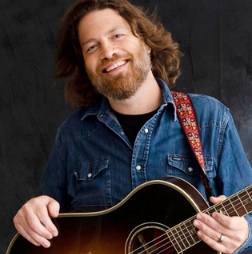 Kevin Galloway grew up in Big Sandy and Hawkins playing classic country and chasing a career in banking before he moved to Austin in 2002 where he began putting together the band, Uncle Lucius, Not surprisingly, Uncle Lucius came out of Austin, Texas. They really couldn’t have come from anywhere else, given the sound of the band. Rooted in the old-time country, blues, and rock of Texas music, dripping with soul, with a groove that made them sound loose but tight, with a jam band mentality that was always going to endear them to the live crowd, Uncle Lucius were the physical embodiment of the Austin independent music scene.

The band released their first album, ‘Something They Ain’t’ in 2006, having already established a solid reputation at some of Austin’s most prestigious live venues, such as Antone’s and the Saxon Pub. The album was well received in the local area, where they toured extensively to promote it. The first album was a self-released effort and achieved enough recognition for the band to prepare for a second album along the same lines. Their second album, ‘Pick Your Head Up’, was released in 2009 and was followed by their first live recording ‘Live at the Saxon Pub’, recorded in the December of that year. the band never really got a proper foothold outside of Texas. Mention Uncle Lucius to anyone who has heard them and they’ll rave about a band that could’ve/should’ve been a contender – but all too often you mention the band, outside of their home state, and get a blank stare. They are, perhaps, a prime example of how difficult it is for even the best of bands to break through to the top level.

After the release of ‘The Light’, Hal Vorpahl, the bass player who had been with Galloway from the very start, left the band. They continued on as a quartet but something was lost when one half of the original duo moved on and it wasn’t too long before Galloway also decided that his future lay outside of the band they’d formed and, in the September of 2017, he also announced he would be departing from Uncle Lucius, bringing the curtain down on one of Texas’ great unsigned, hard-touring bands. Fittingly, for a band known for the strength of its live shows, Uncle Lucius’ then went out on a six-month farewell tour and their final gig was two sold-out nights at the famous Gruene Hall in New Braunfels. The oldest continually operating dance hall in the state of Texas, built in 1878. The band always had style.

The life of a road musician is a tough one and, while America has no shortage of music venues and a good band can make a decent living on the live circuit, it’s a gruelling existence that wears a body down. Galloway’s statement on calling it a day with the band says it all, “12 years, five vans, 4 studio albums, countless miles, and friendships forged in fire, a lifetime of lessons and positive experiences. I’m forever grateful. I have no regrets. I’m moving on”.

Mark “gum B”Williams advertises himself as “Bassist, Cellist and Bicycle Mechanic in Austin,Texas available for your musical and mechanical needs” and he will accompany Kevin on cello.