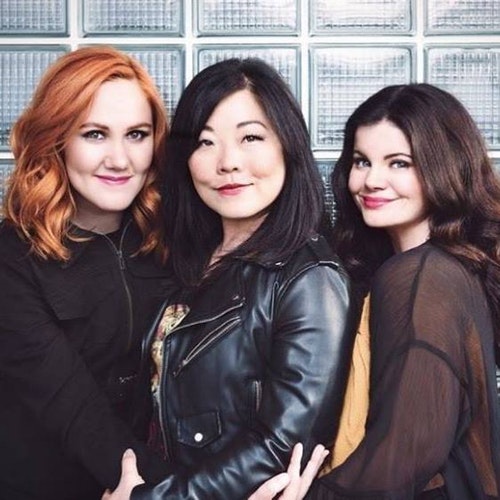 We’ve had BettySoo and Grace Pettis on our list of performers to bring back to The Bowery Stage and, with a stroke of a pen, we have them both along with Rebecca Loebe! After a short one-off tour as The Sirens of South Austin they’ve come together as Nobody’s Girl!

They have known each other for nearly a decade. As staples of the national folk music scene and veteran troubadours, these critically acclaimed songwriters and performers have shared stages occasionally over the years. Throughout, they’ve remained close friends and loyal fans of each others’ work. It was not until recently, however, that they considered joining forces to create music together. Nobody’s Girl was original conceived as a one-time tour; a chance for three like-minded peers to travel and perform together for a few weeks. However, the unexpected success of a music video recorded on a shoestring budget (20,000 views and hundreds of shares in less than 48 hours), coupled with a new batch of stunning co-writes and a swiftly booked 20-city tour attracted the interest of a record label. Nobody’s Girl signed with Lucky Hound Music in February. Within the same month, with the label’s backing, the group recorded its (soon-to-be-released) debut EP.

This concert is sponsored by People’s Telephone