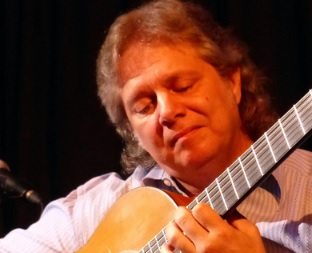 Born in 1960 in the United States, Miguel Antonio began his musical training on piano at the age of four. By age eight Miguel was learning classical guitar and by age fifteen began performing professionally. Mr. Antonio attended the music school at Southern Methodist University in Dallas, Texas and afterwards, travelled to Spain for a more in depth study of Flamenco guitar. During his career, he has studied with Pepe Romero and many others.

As an accompanist, Miguel has toured with Jose Greco and others worldwide. As a performer and educator, Miguel combines Flamenco, Classical and Latin American folk music in his concerts. He also conducts master classes for universities and guitar societies worldwide. In addition, Mr. Antonio is also a Luthier, restoring and repairing guitars of every type and exotic stringed instruments from around the world.