Monday Night Live is BACK! Mark your calendars for September 19th and October 17th. From 5:00 pm until 8:30 pm

True Texas native, Dexter was born in Dallas. A 4th generation Texas fiddler with a rich family history dating back to Bob Wills. Dexter has opened for The Bellamy Brothers, Jason Boland, Neal McCoy, Kentucky Headhunters, Daryle Singletary, to name a few. While spending about a year playing fiddle and guitar at Red River Cowboys Dancehall in Dallas, Dexter had many new musical opportunities leading him to play many notable venues such as, Billy Bobs Texas, Gilleys, Gexa Energy Pavilion (with Jason Aldean, Florida Georgia Line, Luke Brian headlining), Twin Sisters Dancehall, Broken Spoke Dancehall, and many other notable venues in Texas. Dexter was nominated for fiddle player of the year in Arkansas in 2018 losing only to Alan Jackson’s great fiddle man. In 2019 Dexter was nominated fiddle player of the year in Texas. In 2021 Dexter was inducted into the Western swing music of the southwest Hall Of Fame. 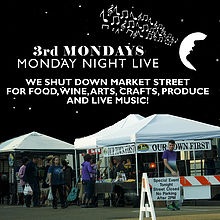 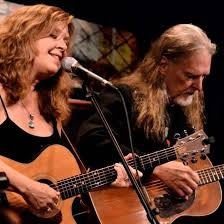 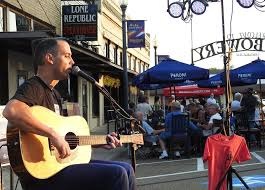 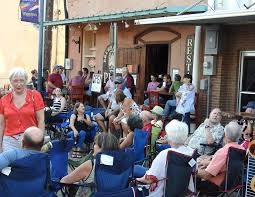 Monday Night Live is a Main Street Program which is free to the public, and one can truly feel a sense of community as folks from Winnsboro and the surrounding area converge for a wonderful social event.