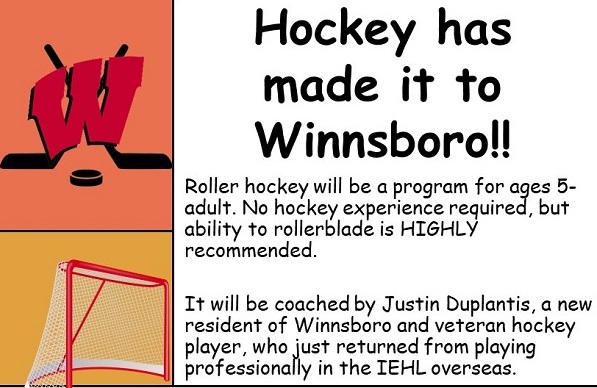 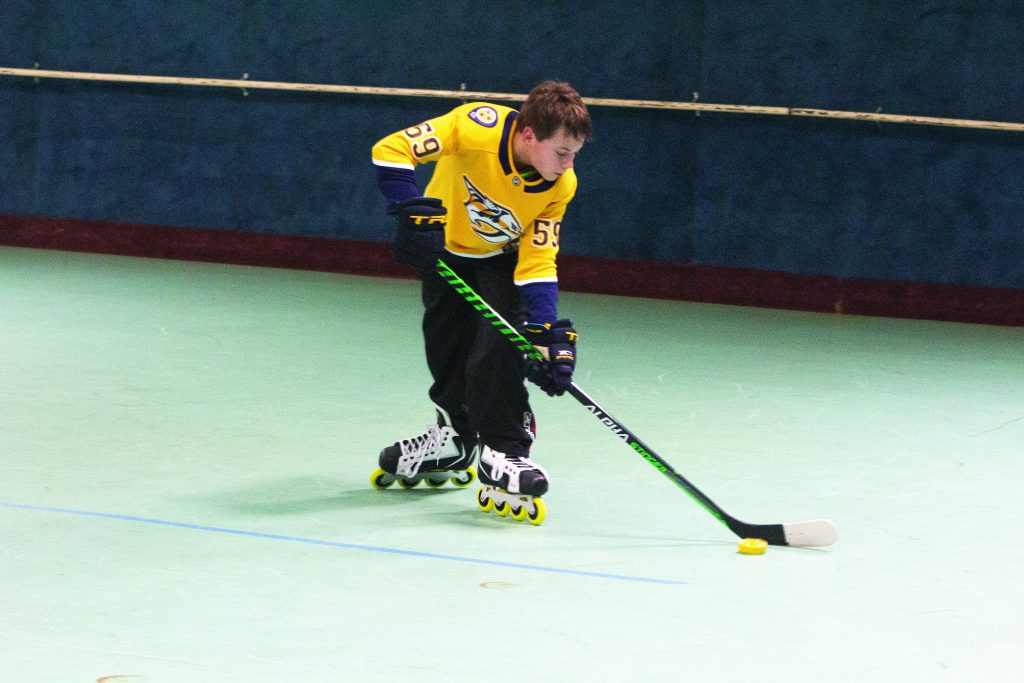 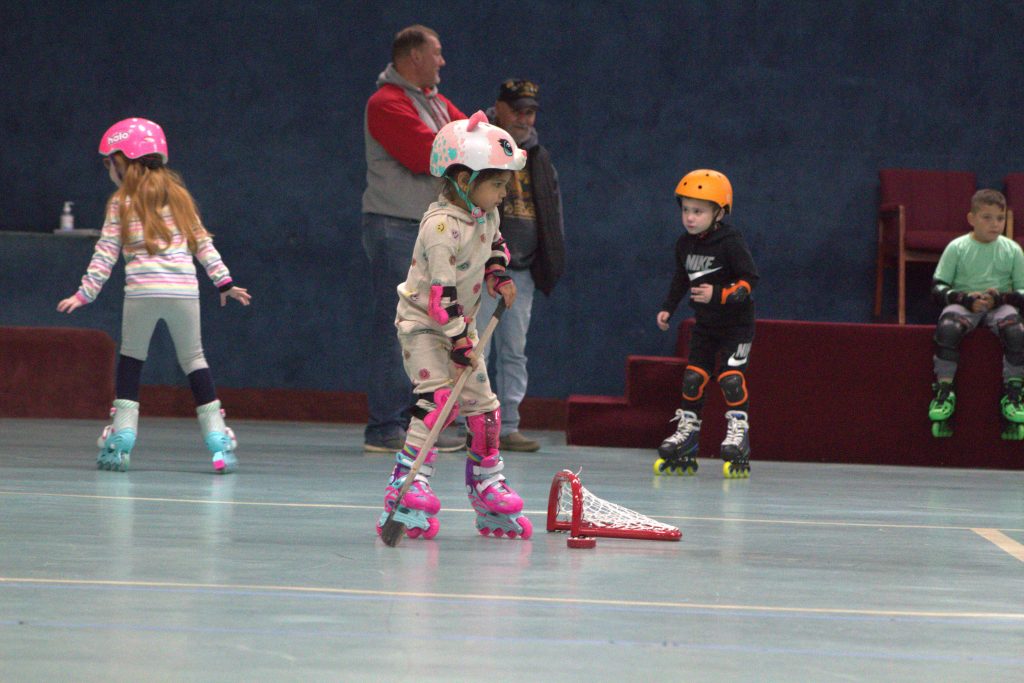 Please welcome Justin Duplantis  to Winnsboro.  Justin has brought a wonderful children’s program to Winnsboro where they can learn and compete in pond hockey where the kids use roller blades instead of skates to participate.  Pond hockey does not have a goalie, so scores are achieved by hitting the puck into a small net about six inches by six inches.

Justin has had a very successful career as a goalie and has played since childhood.  At the age of seventeen he was an EBUG (Emerging back up goalie) for an HCHL Minor League team out of Lafayette, Louisiana.  He also played as a goalie for the Houston Arrows and just recently was offered professional positions with both the Israel IEHL and Germany IEHL.  Instead of accepting one of these positions he chose to move to Winnsboro and start a hockey program for kids.  His first step was to rent the hockey rink at the old Ditto location at 882 CR 4570.  The rink needs some cosmetic work but is completely functional at this time.

One of the goals of the program is to grow pond hockey in the East Texas area.  Justin has reached out to surrounding communities that also have pond hockey programs to develop an inner city league.  He will also help communities that want to develop their own hockey programs.  There will be a governing body called East Texas Hockey which is being developed.  Classes are divided by age group.  The Winnsboro Texas Hocky Facebook page has all the schedules and additional information. 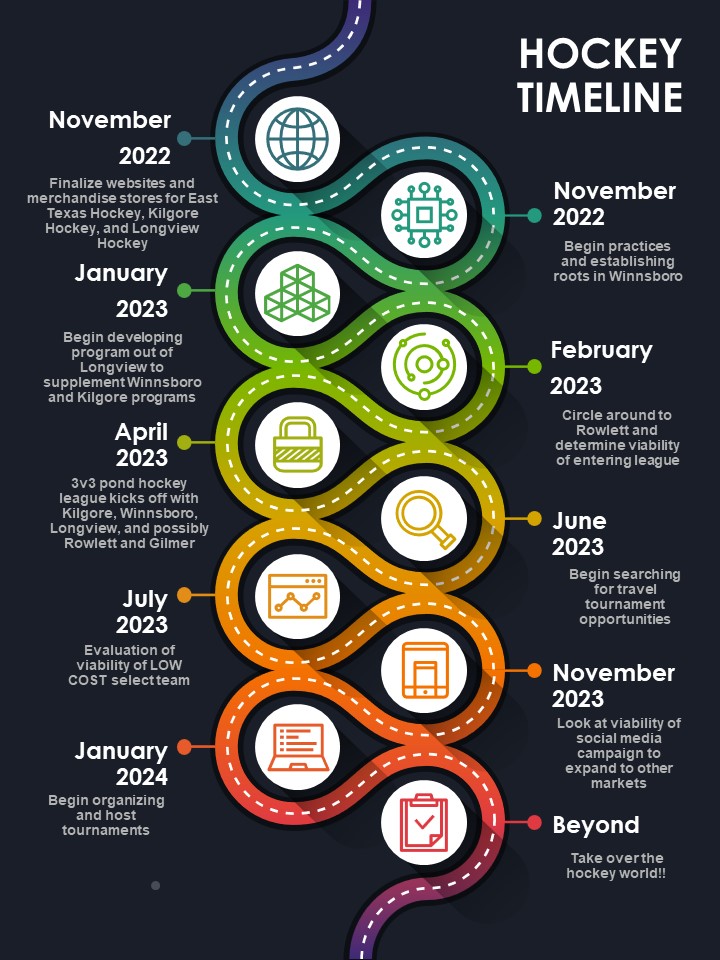